A New Kind of Alarm Clock

It’s 6:30 am on Thursday morning, and the sound of my alarm clock snaps me out of my dream and into reality.

For many college students, this reality would mean suiting up for an internship at an office, or volunteering at a summer camp, or perhaps helping their parents with the family business.

This summer, though, the reality God awakens me to each morning is the reality that children will die, women will be hurt, and families torn apart at the abortion facility just miles away from my beautiful SMU campus. So instead of putting on heels and a blazer, I grab my sneakers and sunscreen and prepare to hit the sidewalks. I pray, begging God to be with me and give me the strength to bring His joy and His kindness into a place reeking of despair. 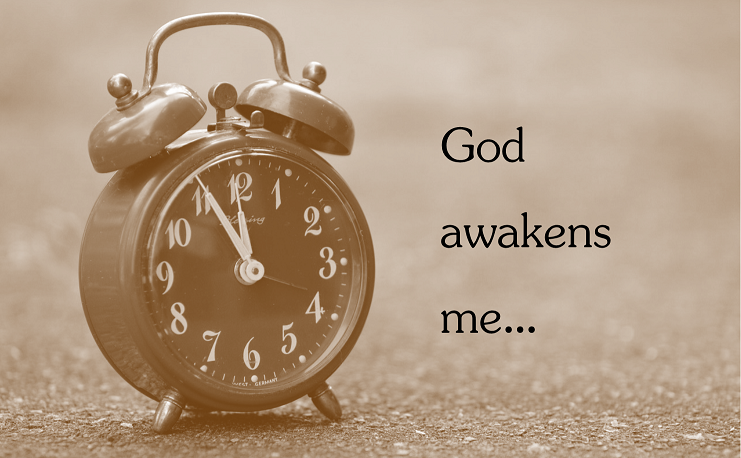 After arriving at the abortion facility, I watch as dozens of women flock into the building. They come from all backgrounds, but they share one thing in common: a hopelessness so deep that they are willing to lose their precious child in order to find a temporary escape from their situation.

On this particular day, I was doubting whether our Lord was truly with us. After all, if He was present, why would He allow so much death to occur in this place? Yet in my heart, I knew that He wills, far more strongly than I ever could, that these children are spared from abortion and that the hearts of these mothers and fathers would be healed.

On this Thursday, I met with a couple who had just recently moved to America. The husband spoke enough English to carry a conversation, but the wife could not speak English at all. They had two beautiful children with them, sitting on the woman’s lap in the backseat of the car.

...Blessed art thou among women, and blessed is the Fruit of thy womb, Jesus...

Fortunately, this family was willing to delay their entrance into the facility when I told them about the free resources available at the pregnancy center next door. I spoke with them for a while, the husband translating for the wife, and found out that their obstetrician had referred them straight to the abortion facility because he feared it would be a “difficult pregnancy.” The couple, being new in America and unfamiliar with the language, simply trusted that the doctor had their best interests at heart, and followed his directions to have the abortion.

After speaking with the couple, it was evident that they had no idea if there was something actually wrong with their unborn child or why the obstetrician thought the pregnancy would be difficult. They were an honest, genuine couple who cared about their child, and were very saddened when I told them that the abortion facility would not provide medical care to treat the cause of whatever problems there might be, but would only rob their child of a chance at life.

To the couple’s relief and the dismay of the abortion worker who had attempted to rush them inside the abortion facility, we gladly walked with the couple to the pregnancy resource center just next door where real help was available. Their smiles, as they were welcomed into the pregnancy resource center, reminded me of why I wake up each morning to stand on this desolate sidewalk. Every time a child dies, there is a parent who ran out of hope, who maybe didn’t understand there was a better way. With God’s grace, we can give a face to hope and be the hands and feet of Christ, who heals what is broken and gives abundant life to all who come to Him.

In the words of St. Teresa of Avila, we “are the eyes through which Christ looks compassion on this world.” One day at a time, one person at a time, we will continue to look with compassion on every mother and father, on every abortion worker, and on every defenseless child. By this outpouring of compassion, let us pray that souls are delivered from the evil of abortion and brought into the joy of Life.

Back
We're sorry. New comments are no longer being accepted.
Would you like to be notified when a comment is added?
Please login or register first.