“Is that what they’re going to do to my grandbaby?" 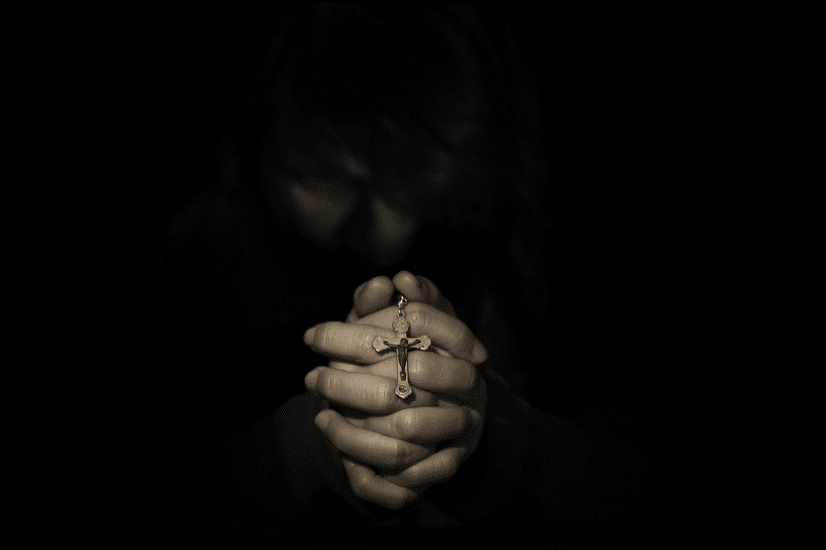 of women had come in already, some with their boyfriends, some with a friend, and some all alone. After doing all we could to reach these women, the parking lot slowed down. I closed my eyes, and continued praying a rosary for all the women who had gone into the facility so far that morning.

When I opened my eyes a few seconds later, there was a woman, about age 40, who was practically running towards me. Before I knew it, she was right in front of me, bursting into tears and grabbing onto me saying, “I just can’t be in there.”

I recognized her immediately. Just minutes before, she walked into the abortion facility with teenage daughter. We had offered them information about assistance and alternatives, but her daughter wasn’t interested in listening to us. Now, this mother came back to us, distraught at knowing the life of her grandchild was at stake.

After embracing her, I sat with her on the sidewalk and listened. Between her outbursts of painful tears, she explained that her 16-year-old daughter was 14 weeks pregnant, and set on having an abortion. She didn’t want her to have the abortion, but there was nothing she could say to stop her. After all, the 16 year old’s father had already signed the consent forms.

“I just can’t stand to be in that building,” she cried, “it is a horrible, HORRIBLE place.”

I took her hands, sharing her grief, and gave her a small model of a 14-week fetus for her to give to her daughter before making any decisions.

She then opened up the literature we provided which explained the stages of fetal development. While most pictures are positive and show the beauty of life developing in the womb, there is one small photograph which shows how the body of the child is mangled during an abortion procedure that we address privately with those open to the discussion.

My heart broke into a thousand pieces when she looked at the photo, and with a devastated look in her eyes, asked me, “Is that what they’re going to do to my grandbaby?”

There was no need for me to answer this question – she knew the answer, and fell apart yet again in a fit of grief, bursting at the seams with devastation. We sat together a few minutes more, in prayer for her precious daughter, and for the protection of her grandchild. Before she left, she promised to give her daughter the fetal model and try to talk to her one more time.

I will never forget the look in her eyes, though, as she realized what was about to happen to her “grandbaby.” In that moment, I realized abortion doesn’t just hurt the children who are killed in the process. It also doesn’t just hurt the mothers, who are robbed of the God-given gift of motherhood and given grief and guilt in its place. Abortion hurts everyone. It hurts fathers. Grandparents. Siblings. Cousins.

Every child that is lost to abortion is someone’s “grandbaby.” Every child is a unique human being who was destined to be someone someone’s sibling, someone’s spouse, someone’s best friend and even another someone’s mother or father … who will never be.

Let us pray fervently for this family threatened by abortion, and ask God to heal those deep wounds which abortion has inflicted on us all.