Something I never thought would cross my mind. 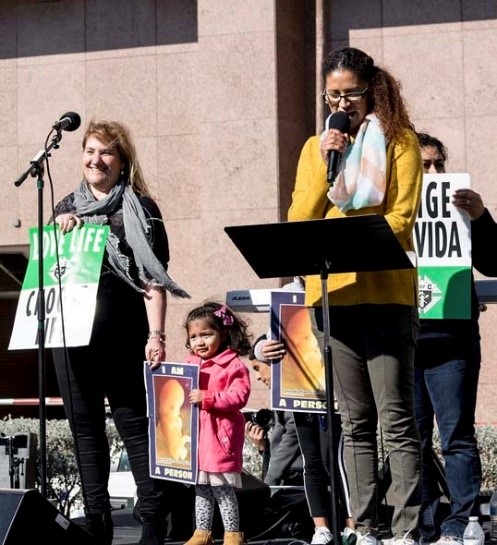 I was going through a difficult time and felt desperate because this situation complicated my life. Not long before, I had gotten out of a relationship that had lasted eight years and had given me three beautiful children. I wanted to give myself the opportunity of a new relationship, but I ended up with an unplanned pregnancy.

I didn’t know what to do, who to confide in. I incorrectly thought that it would be better if no one knew so that my life and future plans could continue on.

My solution, “ABORTION “, was something I never thought would cross my mind, but family and social pressure pushed me to consider it.

I couldn’t sleep thinking of how I would get rid of the problem and my partner’s response was “I support you in whatever you decide”. That was not supporting me, but I still couldn’t accept that I was all alone, and that the decision was on me. I mistakenly made an appointment at the abortion facility.

Finally, the day I never thought I would ever need to face arrived. I was 5 weeks pregnant by then.

As soon as I arrived at the abortion facility, I felt the coldness of the people. There were women alone, just like me, others with their boyfriends and some young girls with their mothers. How sad it was to see so many mothers taking their daughters to get rid of “their problem.” My whole being was shaking, and I tricked myself into thinking that a little blue pill would cure my problem.

I had to pay upfront, so I gave them my credit card. Three times they tried to swipe it, but an error kept showing up, so I had to go to the ATM to get some cash. My blindness did not allow me to see that God had another plan for this baby.

After I was examined, I asked about the procedure and what side effects I might have. They responded that in case of heavy bleeding, I should under NO circumstances call 911. I should go straight to them, any way I could. In that instance God shed a light In that instance God shed a light and my children came to mind as well as the risk my life would be in if I continued with the procedure. I immediately got out of there not caring that I would lose the money I had already paid.

Through a friend I found out about Project Gabriel. They embraced me and made me feel like family. I was not judged. I finally felt safe and at peace, and was able to accept my baby as a blessing.

I also began attending the GEMS classes where I have learned several things that have helped me to find stability in my life. Things from how to better my credit history to how to be able to forgive those who have harmed me so much. I discovered that before I make any decision and talk about my problems and plans; I first need to consult with God because without Him, not even a leaf on a tree can move. My faith has been fortified and even though there are still difficulties, I know that everything is in His hands

I want you to meet my blessing: Amanda. She arrived like a light in the middle of darkness, not only into my life, but into all of my family’s.

To close, I would like to tell you women, to surround yourself with positive people who can give you good advice instead of pressuring and judging. If you find yourself in an unplanned pregnancy, there are organizations out there just like Project Gabriel who will always open their door to you.