“Do not abandon yourselves to despair. We are the Easter people and hallelujah is our song.”- St. John Paul II

In my middle school years, the curriculum of one of my English classes was focused on the Holocaust, not World War II on a broad scale, but the Holocaust. I will never forget the pictures I saw.  Limp, dead bodies of precious people, piled by the thousands in one photo.

That disturbing image captured my thoughts last Friday when I sidewalk counseled.  While there, a police officer came by to ensure traffic ways were clear.   He was doing his job; and we are always thankful for their service.  While there though, he made a passing comment that struck me – the abortion facility is “operating a business”.

Those words still rang in my head as he drove away.  Thirty minutes later, a truck arrived. It was less than 10 feet away. One of the veteran sidewalk counselors turned to me to explain: 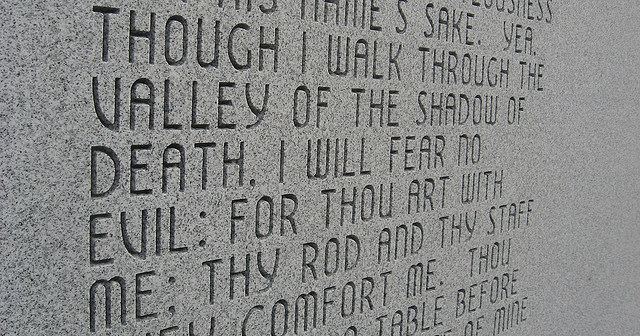 The moment was so surreal. I did not know how to react, so I just got on my knees. I thought about this “business” that they were running. I thought about the holocaust. I thought about how our culture is letting this happen and how civil authorities are told to defend operations that kill innocent children, destroy families, wound people’s hearts and tear us away from God.

Regardless of the polite word we might try to use to describe it, that’s what abortion is. It is the killing of innocent children, and it is certainly not a normal “business.”

Standing 10 feet away from that truck -- there to receive the consequences of such great evil –was heart wrenching.   Every one of us bears this burden – not just the parents and abortion workers but all of us who have stood by or even stood against the culture of death.  But even in the “shadow of death” there is light in the promise of God’s endless mercy and forgiveness.  No matter what anyone has done, even a holocaust such as this does not outweigh the love of God, or the inherent dignity of every person – born and unborn – wounded by abortion.  It does not outweigh the Cross.

God loves all of the children, all the parents, all the abortion workers, all the government leaders and officials … all of us.  He died for all of us without exception.


God bless you and keep you strong in your work Erica.