When the truth breaks through

At the Catholic Pro-Life Committee, I am surrounded by people who agree with the mission to protect the dignity of every human person regardless of their age or stage of development. As encouraging as that can be, I know that the real debate is not sitting in the choir but rather out there – where so many people believe truth is relative to your perspective and embrace the attractive ideal of personal autonomy at all costs.

And we haven’t really figured out how to talk to each other across this deep divide. Case in point, on the occasion we enjoy time with friends who don’t share our views, we often politely avoid the hard topics. It’s not because we don’t care; rather I think we just accept we disagree and wouldn’t want to spoil a friendship.

Then something happens. Something breaks into the cultural zeitgeist to challenge the silence.  This time – it was the most recent Center for Medical Progress video of the National Abortion Federation convention.* Generally, I don’t favor graphic images as I think they tend to shut down conversations rather than start them. But there is something powerful about these videos when they capture real people in the abortion industry really talking about abortion. 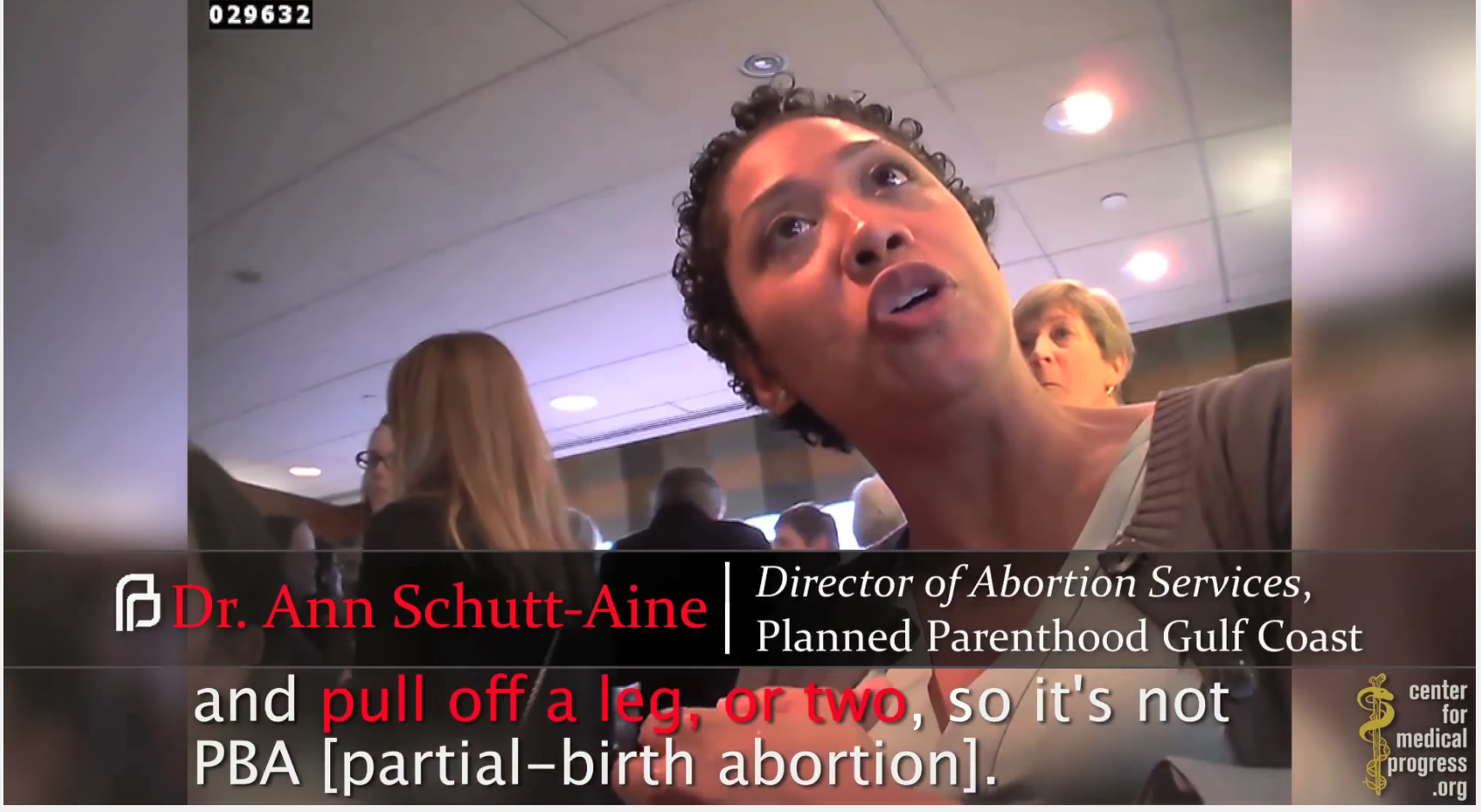 Much like the challenge to truly understand what happens to a human when we execute them for a crime, talking about abortion in unvarnished terms exposes a hidden brutality. The most recent video reveals professionals discussing the gruesome reality of abortion, stripping away the standard marketing euphemisms, such as “terminating a pregnancy,” removing a “blob of tissue” or a “product of conception.”  Instead, they challenge us with the truth:

The panels of abortion industry experts on the video discuss the challenges of removing legs, breaking the skull, and laugh over surprising moments of their practice, like “when an eyeball just fell down …, and that is gross!” These are not fringe elements. They are the industry leaders at a national conference.

In all fairness, it is undoubtedly common for medical conferences to include graphic descriptions of procedures that might make the average person queasy. But it is the ease with which the destruction of an admittedly human person and the accompanying gallows humor that is the most shocking in this video. It sounds more like a horror-film convention than a professional symposium.

All that said – what does this really amount to? Do these videos really make a difference? It remains to be seen whether they prove Planned Parenthood or any other abortion provider has broken the law. But it does crystalize the real question – the foundation of all this debate.  Are we really comfortable with this?

In a world where women who unexpectedly get pregnant have little support in their families, their schools and their jobs, is this the best we can do? Is the answer really – we have no help for you, so your best option is to submit yourself and your child to the admitted “violence” of an abortion?

I hope and pray that’s not true. And I thank God that I get to come to work every day to ward of the despair of that dark reality. I know the joy of the mother who is given all the options and support she needs, and the choice for life naturally follows. She shouldn’t be the exception to the rule.  But it’s up to us to change the rules