Her last word before she died was “Jesus.”

Closely following our day of thanksgiving and remembrance for our Armed Forces is the feast day of St. Joan of Arc, patron of soldiers. A simple peasant girl, Joan heard the voices of St. Michael the Archangel, St. Catherine of Alexandria, and St. Margaret of Antioch when she was around thirteen.

St. Michael told her to govern herself well, go to church often and to “go to France.” When St. Catherine and St. Margaret appeared, they told her to go to the king and tell him her mission. Joan was to help France and lead the Dauphin to Rheims for his coronation. How could she possibly do this? And how would she get the courage to even try? She put off her mission for one year, then another. 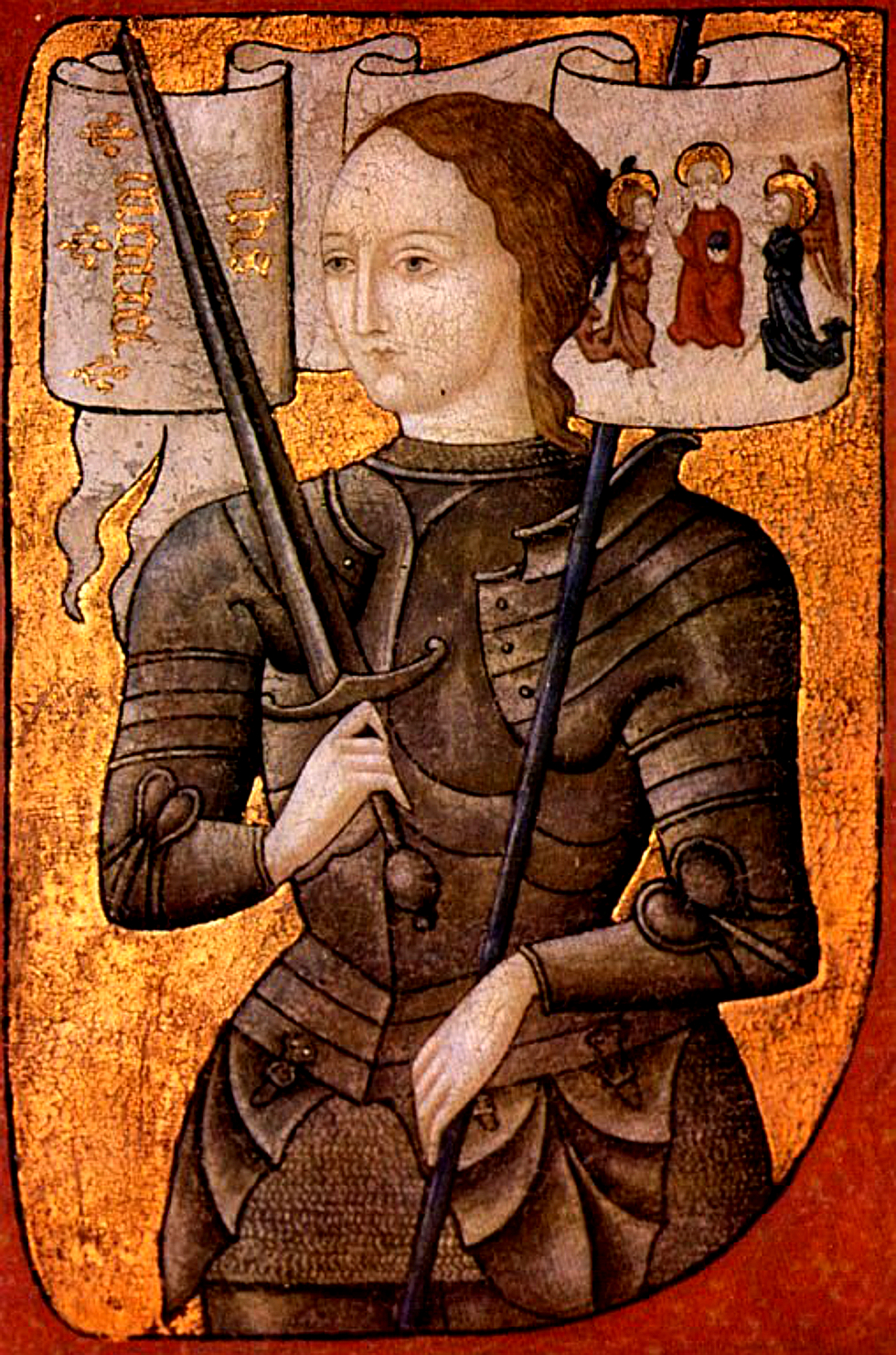 Finally, when she was sixteen, she left home to meet with an official to get permission to travel to Chinon where the king was in residence. The official told her she needed her ears boxed and sent her away. Joan persisted for six weeks until the official finally relented, providing her with an escort. For safety and to attract less attention, Joan dressed as a man.

When Joan was finally received at court, there were three hundred people there, but she walked directly to Charles. When she spoke to him privately, she told him a secret that only he and God knew. What the secret was, no one knows since Joan refused to revealed it.

Led by her Voices and convinced she was following the will of God, Joan was victorious in several battles, including raising the seven-month-long siege of Orleans in only five days. She insisted to the Dauphin that she had to lead him to Rheims for his coronation. That was the last time he listened to her. Enemies she had made at court conspired against her and she was taken prisoner by the English. She was just over eighteen at the time. 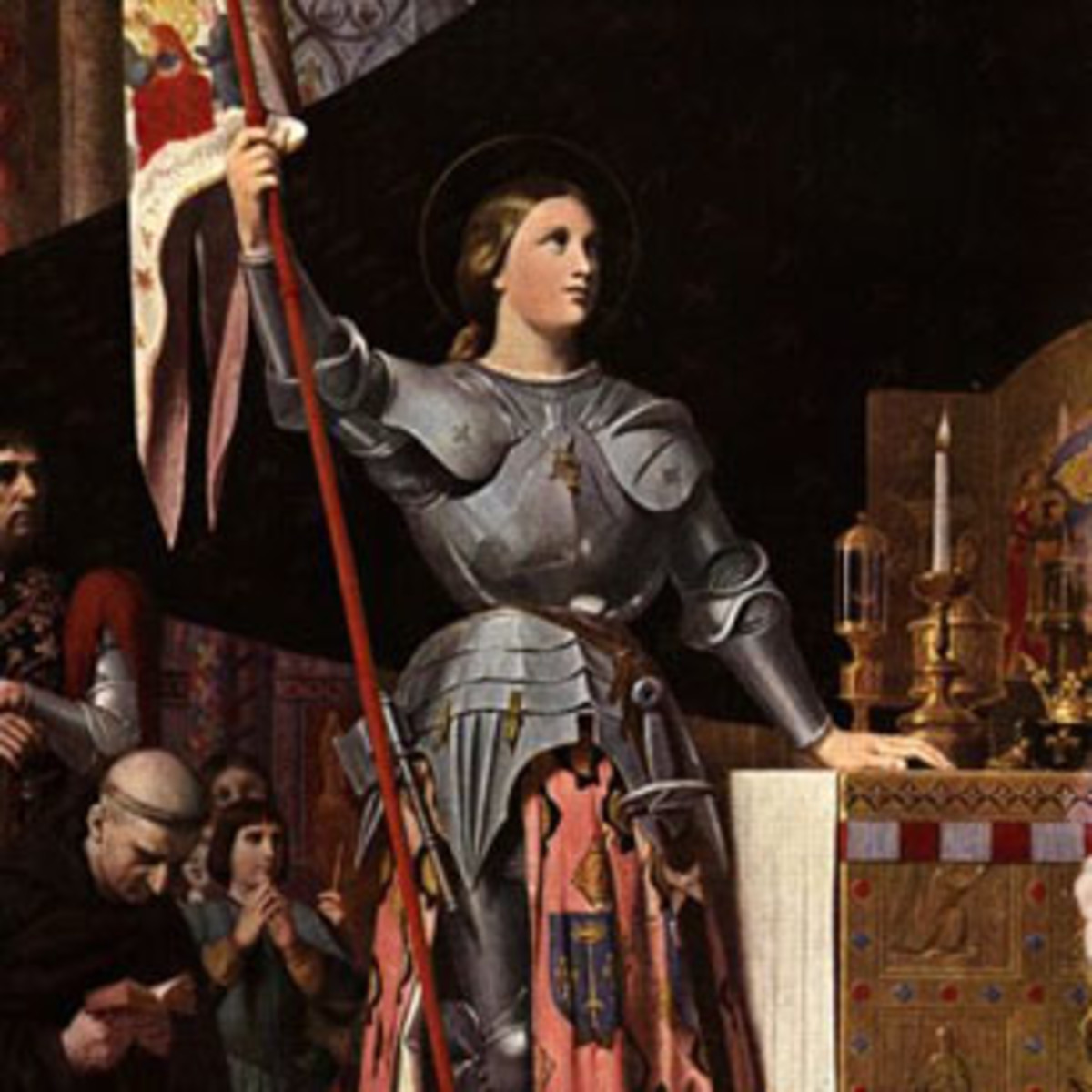 For months, Joan endured being tried as a heretic. Her judges insisted that her voices were evil, and if she didn’t renounce them, she was guilty. The court condemned Joan to death and early in the morning on May 30, they sent three Dominicans to break the news to her that not only was she to die that day, she would be burned alive.

Her last word before she died was “Jesus.”

Her heart was not consumed by the fire. The tribunal ordered her ashes and remains to be put in a sack and thrown in the Seine so that no relics of her would exist. St. Joan was canonized on May 13, 1920.