Michael Murray is from St. Paul, Minnesota, and attended Marquette High School in Tulsa, Oklahoma. JoAnn Murray is from Springfield, Missouri, and attended Mt. St. Mary’s Academy, Little Rock, Arkansas. Michael and JoAnn each had 16 years of Catholic education and both graduated from the University of Dallas.

Together the Murrays have five children and 14 grandchildren. All of whom attended Catholic schools. 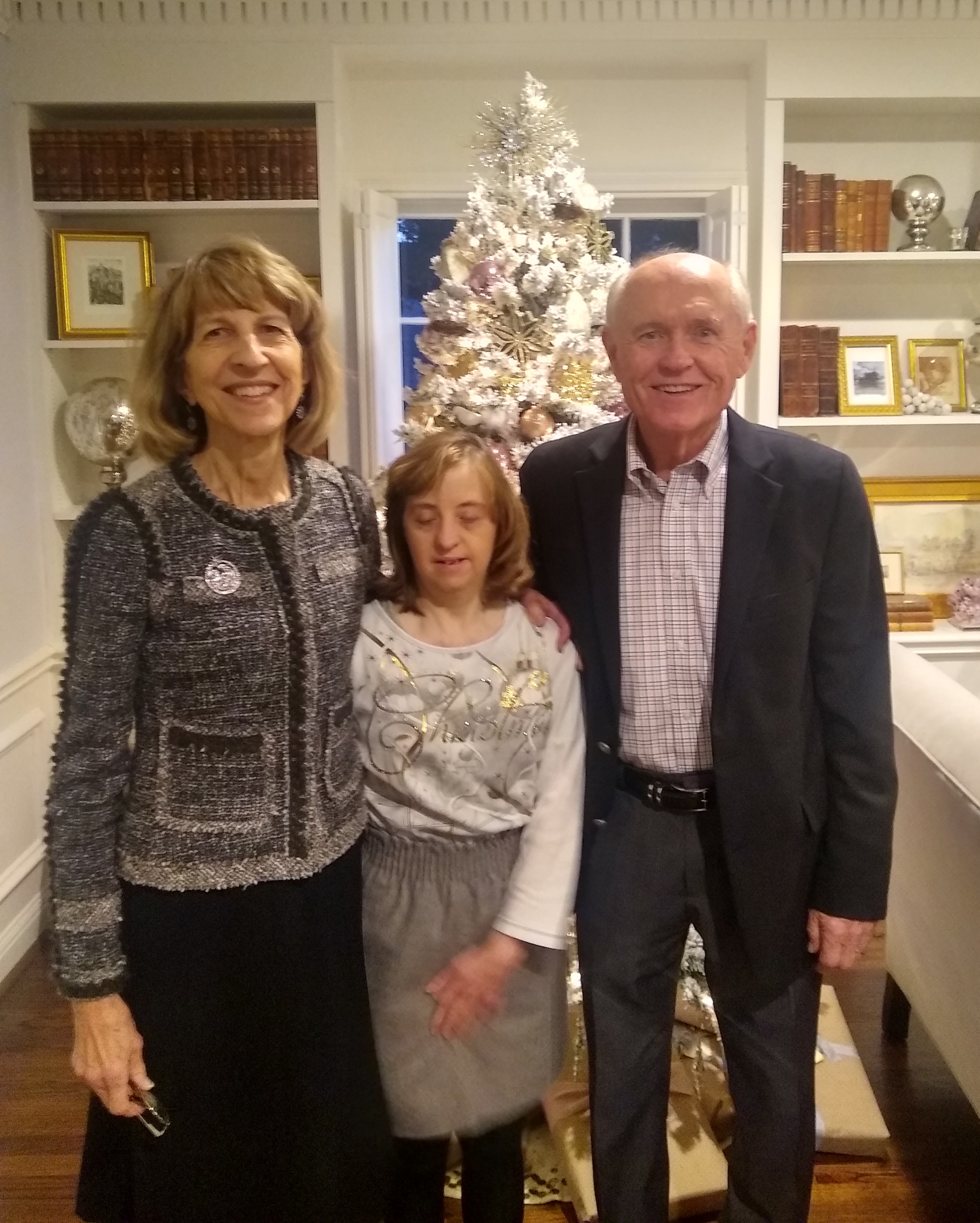 "We had always been committed to being pro-life but had not yet been able to become part of any activities. That night at the Bishop's Dinner, I filled out a card that said I wanted to pray at the abortion centers. Very quickly after that, Jackie Lee, a sidewalk counselor, called and soon we were going every week."

- JoAnn Murray, in reflection of her pro-life beginnings

JoAnn began praying on Tuesdays and Michael each Thursday. This lasted for years and lead to more involvement. JoAnn was later asked to fill in "temporarily" at their parish as the pro-life coordinator... which lasted 15 years! Michael became his Knights of Columbus council's pro-life liaison.  "One thing leads to another in pro-life," stated Michael.

The Murrays later became passionate about countering pro-abortion messaging exposed so regularly to our youth. This led to an affiliation here in Dallas with STOPP Planned Parenthood. Michael also spent 10 years as a volunteer to the Catholic Pro-Life Community's Speakers Bureau, presenting on a wide range of life-issues to youth in local schools and churches.

In 2005, with JoAnn's help, the Christ Child Christmas Gift Market and Luncheon was founded to create a social event that honored graduating GEMS moms with a scholarship, focused on Advent preparation, kept Christ in Christmas, and offered a gift market filled with religious items. JoAnn still avidly drives this event each fall.

"And while we did these things, it only happened because of those who were there before us, who asked us to help, and subsequently, those who we, in turn, also asked to help. We are here because we represent so many of you, who always faithfully came to help and pray... always showed up."

From their Friends and Family:

See their message in PDF

Thank you, Michael Murray, for inspiring us with your humor, cheer and inspiration as past leader of the St. Mark Knights of Columbus Council 6065 Pro-Life program and faithful speaker for the Catholic Pro-Life Community Speakers Bureau. From organizing helpers at St. Mark for the annual Lone Rose Sunday collection that raised funds and baby goods for local pregnancy resource centers, to recruiting prayer warriors to stand outside the local abortion clinics, to challenging the youth to be as pure and virtuous as God intended them to be, you did it all, and always with an inviting smile. Thank you, Mike! We love you!

Michael Murray is a principle-centered Catholic whom we all aspire to be like. His priorities in life are his faith, his family, golf (of course) and speaking to our youth on the realities and evils of abortion. Despite physical setbacks, Mike never stopped pursuing his passion for helping to protect God’s unborn souls. He also helped his wife JoAnn with her set-up at the Christ Child Luncheon, and as needed was an altar server for funerals at St. Mark’s. Thank you, Mike, for being a brother Knight and showing us how to follow the Holy Spirit in life.

Pro-Life People in the Diocese of Dallas and beyond, whether they know it or not, owe a great amount of appreciation to JoAnn Murray. JoAnn stepped up as Pro-Life Coordinator "temporarily." After 15 years serving in the role, she accomplished much.  She hosted other Parish coordinators for support and training meetings, organized buses to go to Austin to lobby the Legislature, worked to provide the opportunities for many teens to attend both Pro-Life Boot Camp and the National March for Life and much more. All that she has done and continues to do exemplifies her graciousness, her faith, her prudence, and her loyalty. Join us in thanking God for her commitment to pro-life, for her gifts and for the support she has received from her husband Mike. Thank you, JoAnn & Mike!

JoAnn, the impact you have made over the years serving as St. Mark’s Pro-Life coordinator is profound. Your energy and enthusiasm has inspired many to action. I have been so amazed by all the things you’ve done not just for our parish but for the entire diocese. The Christ Child Luncheon wouldn't exist nor would it be the celebration of life it is today without you. You work tirelessly behind the scenes. And I’m so grateful to have had your counsel. I pray for that wisdom to be a foundation for me moving forward. Thank you for everything you have done!

JoAnn has been an inspiration to me and my journey in pro-life. I met her about twelve years ago when she had a meeting for new volunteers. From the beginning, I knew JoAnn was a passionate individual with practical ideas. I quickly volunteered for the weekly Thursday prayer hour at the Plano Planned Parenthood offices on US 75, which I still attend. Her leadership at the annual Christ Child luncheon is inspirational and always elicits a steady supply of enthusiastic volunteers. Her sustained contributions to the pro-life movement over the years have made a visible difference. Thanks, JoAnn for all you have done for us and all the silent souls.